A long chat with game director Ion Hazzikostas and senior level designer Sara Wons, with a look at the future of the game.

World of Warcraft Patch 9.2 End of Eternity will bring a new zone, a new raid, new class-specific armor levels, and new systems for you to try. It could also spell the potential end of the content shortage for the game. In an interview, game director Ion Hazzikostas and senior level designer Sara Wons talk about the upcoming changes. The update does not have a release date yet but Hazzikostas have revealed that it will arrive on the public test server as early as this week.

The new area of Zereth Mortis is more than double Korthia, the latest zone introduced in patch 9.1. It offers a new knowledge system, where players will gather bits of information in the game to unlock new features, content and abilities, but it won’t be “remotely grindy” like Korthia, explains Hazzikostas. “I think we’ve been very conscientious about what you earn in this system.”

In the land of the First –

In Eternity’s End, players will hunt down Zovaal, the elusive Jailer who will be the villain of the expansion, in a new area of ​​Zereth Mortis. The Shadowlands expansion of World of Warcraft was themed afterlife, and Zereth Mortis is the home of the “First”, the progenitors who built all the different underworlds of the Shadowlands (and worlds of the living, too). The aesthetics of the new area reflects the primeval constructions of that building. The new raid, Tomb of the First, will focus on the recurring central character of Anduin. A new system will allow players to progress as they literally learn the language of the First, unlocking not only communication but also new content to play.

“These are the First, the architects of the universe”explains Wons. “This is their playground. This is where they prototyped all of the things we eventually saw in the Shadowlands. We really wanted to bet everything on the fact that this place is so alien that you really can’t even communicate with the beings that populate it ”.

At the beginning, players will only see glyphs in their chats by the Automa NPCs in the area. Eventually, as you learn more, translations will begin to appear. “Eventually, you get to read more of what they have to say, and you can learn more about everything at Zereth Mortis,” explains Wons. “This unlocks additional content, because it’s not just communication,” adds Hazzikostas. “It’s also the ability to use and understand consoles and enable events and unlock buffs, and everything in between. You get a deeper understanding of this group and, as you gain this ability to understand and communicate, this unlocks access to both narrative and game content. “ 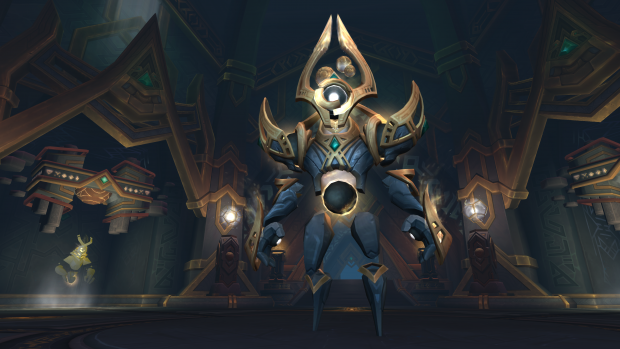 Players gather pieces of information by working across Zereth Mortis and can choose where to focus their learning – on verbal, written or technological knowledge. “In the end, of course, you will have them all, but players can also customize their experience depending on how they play the content outside,” explains Hazzikostas. “Will they want to access other small subsystems or minigames? Will they want more buffs in the outside world? ”.

Players will unlock the ability to equip a legendary item from their Pacts at the same time as their general legendary item, and crafting these new armor pieces won’t require you to return to the roguelike dungeon Torghast but only to use the earned general currency in a variety of ways. The new class-related armor tier could also be earned by playing in dungeons, raids, or PvP content. The more flexible approach to second or later characters was glimpsed in recent Warcraft patch 9.1.5 and will return to Zereth Mortis again, says Hazzikostas. 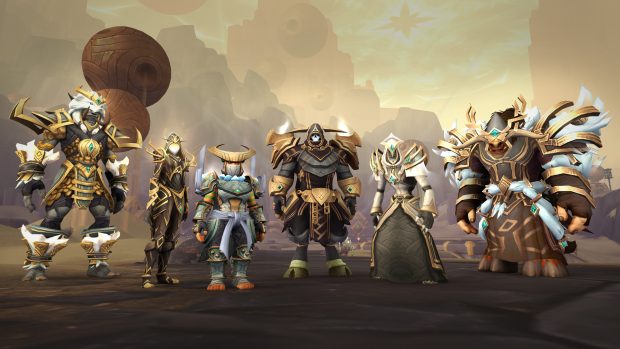 “Zereth Mortis will be the first example of some content that has been built with those philosophies in mind,” she says, noting that the list of what needs to be done on new, returning, or alternate characters to make up for the hard part, but simplifies. over time. “Ordinarily, we would fix this with a hotfix, do some tweaking or some 0.5 patches. This time, we won’t wait any longer”Explains Hazzikostas. “We will build these recovery mechanisms ahead of time, recognizing that it is important to have a good paced journey in the early weeks but that once the world has made that journey, people – whether they are late or have alternate characters – want to spend it. faster so you can play with friends ”.

Shadowlands was the lightest expansion in terms of new things to do in Warcraft history, with only one major content patch in the first year of the expansion. The pitch is in stark contrast to Blizzard’s earlier approach to releases; in 2007, the company announced that it would attempt (although it never succeeded) to launch a complete new expansion every year. “It was a longer wait than many would prefer,” acknowledges Hazzikostas. According to the director, the game’s progress has been affected less by the pandemic this year and Blizzard’s legal woes this summer than it has been by the rush to get Shadowlands out in the fall of 2021. 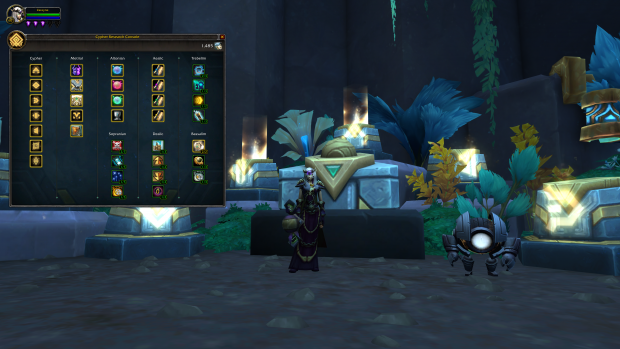 Postponed due to working conditions during the pandemic, Shadowlands was in no position to debut. Blizzard postponed the release date by a month, but he assigned absolutely everyone to fix the expansion problems. “When we initially postponed the launch date for Shadowlands, it was a real emergency call,” Hazzikostas says. “We all got to work on 9.1 and 9.2, everything else was paused because we wanted all hands to be busy helping make Shadowlands launch great, because that’s what the game needed. We knew we owed it to our community, but then there was a debt to pay. And so we’ve been in the process of getting ourselves out of that hole so far ”.

Both content updates have arrived later than the company would have liked, but Hazzikostas says the team has done “an incredible job” in getting back on track throughout the year. Now they have more or less caught up.

The future of World of Warcraft –

“Shadowlands has always been programmed as a three-part story“, explains. “This is Shadowlands’ latest big content update, but I wouldn’t say it’s the latest patch. We are planning a 9.2.5 that will have some fun systems, updates, new things to do and things we will talk about along the way. But in terms of new zones, new tiers for raids, your journey in the Shadowlands has always been meant to come to an end with this epic confrontation with the Jailer in Zereth Mortis ”. 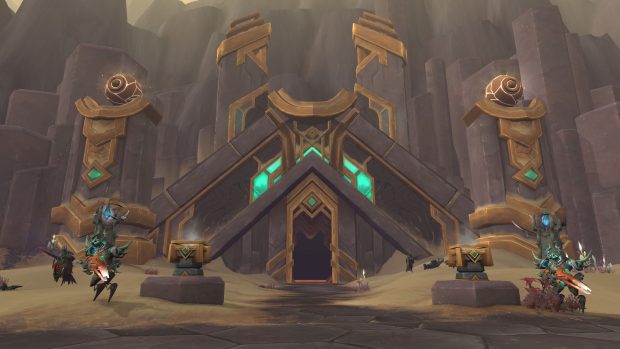 For the director, “the lifeblood of World of Warcraft is the new content, the new adventures, the new loot, the new things to sweat with friends. When too much time passes between each of them, we do our community a disservice. We are glad we put this rough period behind us. End of Eternity – we can’t wait to fully open the doors, bring it to the PTR and share with the world what we have built. I think it will surprise many, and then we will have more exciting news on the next chapter that will follow Shadowlands“.

Written by Heather Newman for GLHF

World of Warcraft End of Eternity, interview with Blizzard: “it will surprise you”