Ten names to keep an eye on on Microsoft’s subscription service, Xbox Game Pass, for console, PC, and streaming: from Redfall to Scorn.

Xbox Game Pass is on the lips of all gaming enthusiasts, having risen to the position of the best subscription service dedicated to video games very quickly. A milestone achieved thanks to the number of titles included but also to their quality and the frequency of library updates (two, and sometimes even more, times a month).

If this is the picture that can be drawn on the basis of 2021, 2022 seems even more radiant, thanks to the products already announced as part of the service catalog coming out this year. Without further ado, therefore, here are the best games coming to Xbox Game Pass in 2022.

Nobody Saves the World —

From the creators of the series Guacamelee!, here is a new action RPG with a bizarre artistic direction and peculiar gameplay.

Drinkbox Studios used the role-playing premise of the “nobody” protagonist to introduce the Aspect mechanics, as many as 15, which will transform him from nobody to mouse, bandit, robot and many others each with a series of unique mechanics and over 80 skills that will determine the build of the character. Online co-op and procedurally generated dungeons complete an enticing picture.

Weird West is a top view immersive sim. Despite the rather atypical premise for the genre, the game bears the signature of Wolfeye Studios, a new developer founded by one who knows a lot: Raphael Colantonio, the mastermind behind two of the most successful immersive sims of recent years, that is Dishonored e Prey of Arkane Studios. 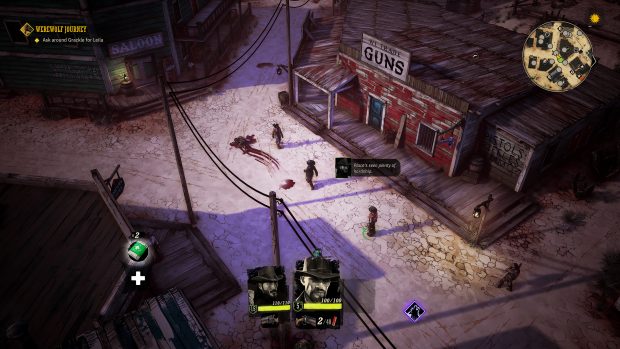 The game, a dark fantasy reinterpretation of the wild west in which lawmen and gunslingers have their work cut out with supernatural creatures and numerous factions, also features a co-op mode.

Unbelievable but true: in four months, a new chapter of the STALKER Heart of Chernobyl series will be available to bring a never-forgotten series back to life open world RPG set in the land of the infamous nuclear disaster. 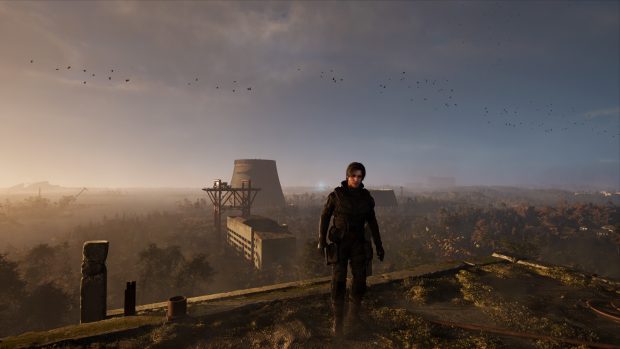 A variegated 64km square setting with breathtaking next-gen graphics (with photogrammetry, day / night cycle and dynamic weather) will be the backdrop to a branched and non-linear narrative. And then: many unique weapons, legendary mutants, artifacts and anomalies, survival mechanics. What a shame they removed the NFTs that would make you secondary characters in the game one day after announcing them, vero?

Arkane Studios is exploring new genres and gameplay dynamics after putting the acclaimed Dishonored series behind it. Contaminated l’immersive sim with the concept of loops and roguelite mechanics, it’s the turn of cooperative shooters. 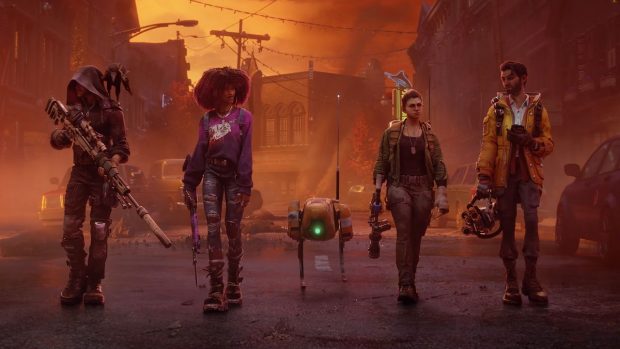 Announced at E3 last year, Redfall will be available as early as next summer for Xbox and PC, and will immerse players in an open world populated by dangerous vampires. It will be interesting to see how the studio founded in France will be able to juggle for the first time with an FPS and with a scenario of this proportions.

Scorn has been around since before 2016, when a first alpha began circulating on Steam and among members of the press. 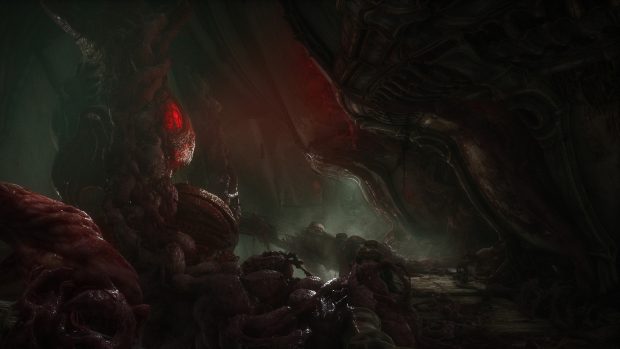 Since then, due to a not too simple development, it has disappeared and reappeared on the videogame scenes with a certain discontinuity, before establishing itself in the last two years as an exclusive next-gen Xbox console available since day one on Xbox Game Pass ( also for PC). Raw and dreamlike horror, it is inspired by work by HR Giger, which is why it will remind you from the very first glance of a sci-fi horror giant like Alien.

The first new intellectual property to be launched by Bethesda Game Studios in over 20 years, Starfield is out on November 11 and, after more than a year on and off, will do so exclusively for Xbox and PC consoles. 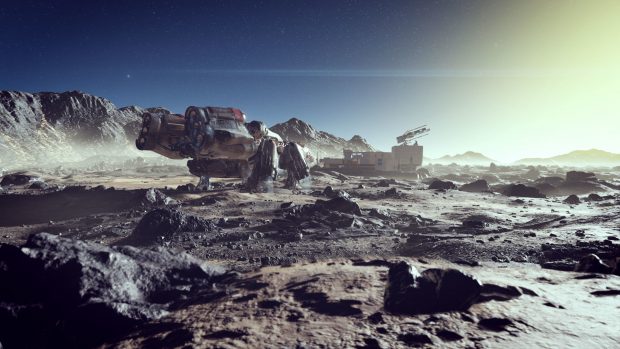 The title directed by Todd Howard it will take players to a universe at the beginning of intergalactic exploration, complete with space metropolises, wild and unknown scenarios, factions with which to forge alliances or become your worst enemies. In short, Skyrim in space seems a fitting definition and, quite frankly, very exciting.

From the co-founder of Playdead, the studio of Limbo and Inside, Somerville is a new adventure game with a third-person perspective and platforming mechanics. Players will have to control a family of three, plus an adorable little dog, in the midst of an alien invasion. 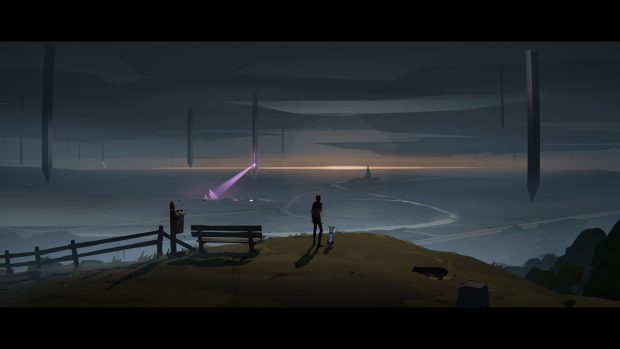 The goal will be to find help and a place sheltered from enemies to ensure the survival of the family, all in the context of a story that will not present dialogue but will be told through the environment.

The young samurai Hiroki has promised to protect his people and his city, and to do so he will face a journey between life and death that will determine his path. 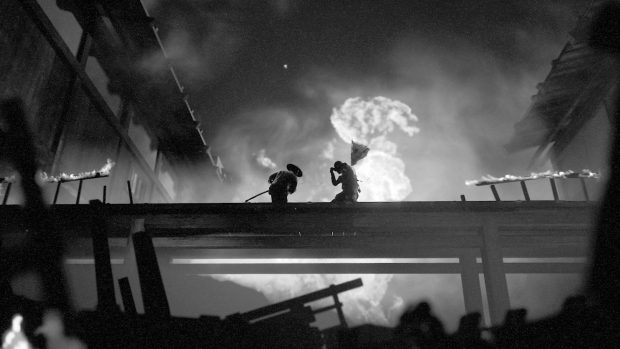 An epic narrative inspired by the classics of Akira Kurosawa, a cinematic presentation despite the 2D visual, credible fights with both swordsmen and supernatural creatures, and a memorable soundtrack that will immerse you in feudal Japan: these are the main ingredients of the new title by Leonard Menchiari (Riot: Civil Unrest) and Flying Wild Hog, with the publication of the King Midas of videogame talent scouts, Devolver Digital.

Presented at the last E3, Replaced is the first work of the Belarusian developer Sad Cat Studios. It is a 2.5D action platformer in which players will take on the role of an artificial intelligence trapped in the body of a human being, in a retro-futuristic representation, inspired by thecyberpunk imagery, of an alternative 1980s America. 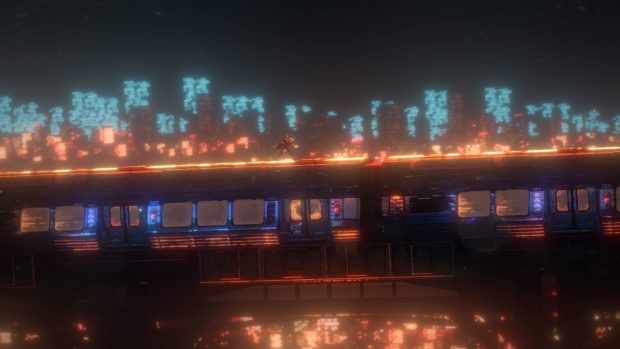 Made with a complex pixel art technique, the title features an elaborate and dystopian story, with fluid cardio palm fighting and lots and lots of neon.

A sequel to Innocence, A Plague Tale: Requiem is both a technical and narrative evolution of the story of Amicia and Hugo. In this new stage of the saga, the two brothers have left behind what they once called home and have reached the south of France. 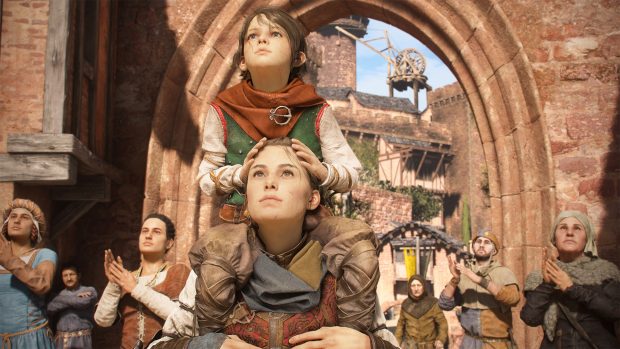 Here, however, Hugo’s curse awakens, and with it death and destruction return (and a lot of rats, you can bet). The will to solve it once and for all with the curse will lead them to a mysterious island, even richer than suggestive sceneries and dangers.

The best video games coming to Xbox Game Pass in 2022