In recent years, the relationship between gaming and cinema or TV series has improved, but how many empty laps has it done … Here are the worst.

Video games and cinema they both have the ability to depict fantasy worlds and transport the minds of the users to them. Each medium has their own storytelling techniques, but both have a common purpose of entertaining. The adaptations of video games into films, however, seem particularly difficult to make. This is the reason why some are really hideous, comedic, or just film cringe who use video games only as source material. Here, then, is the worst of the worst in video game movies.

A sensational failure that is there to tell us how important the roles of producer and director are. Uwe Bolli he is famous for the pedestrian quality of his feature films and this was his second attempt at adapting a video game into a movie.

The question is, this is a bad adaptation of an already bad game of its own; not only “bad” but, in people’s view, the worst. The story, dialogue and special effects, as well as the performance of Tara Reid, in fact, they were so bad that Alone in the Dark ended up on pretty much every worst movie list ever made.

Although this action-horror wanted to put the audience in the shoes of paranormal investigators while battling supernatural threats, and had therefore a rather serious premise, ended up becoming a joke pretty quickly. Given the quality, it’s no surprise that the film only grossed $ 12.7 million at the box office, even though it took $ 20 million to make.

This first-person shooter from SEGA wasn’t considered a real gem at the original launch, but is fondly remembered by some. Its film adaptation, however, is the exact opposite. Thinking about it, if we were to find that director Uwe Boll’s films were nothing more than a cover for money laundering, we wouldn’t be too surprised. 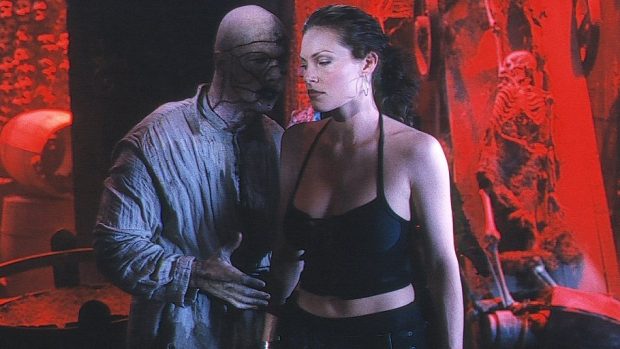 As for the story, it’s pretty simple – teenagers are taken to an island to party all night, only to be surprised by a house full of bloodthirsty zombies. Worst of all, it also had a sequel. Maybe the audience had laughed so hard to get someone to fund it… Amazingly, House of the Dead (2003) grossed $ 13.8 million at the box office, slightly more than its $ 12 million budget.

And the bronze goes to… Uwe Boll’s adaptation of the videogame franchise where we play the role of a vampire who hunts down the Nazis and other vampires. The perfect way to take advantage of such an attractive starting material is simply don’t use it, right? 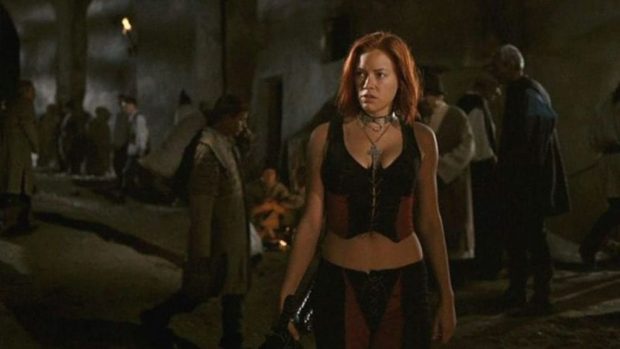 BloodRayne is the third attempt by Bull to turn a video game into a movie, and show how some can go from terrifyingly bad to horrifyingly worse. Oh, and the sequels to 2005’s BloodRayne continue to prove these films are just a formula for disaster. At least, BloodRayne 2: Deliverance and BloodRayne: The Third Reich didn’t make it to the big screen but went straight to the home market. The original film had a budget of $ 25 million and grossed, brace yourselves, $ 3.7 million at the box office.

Fighting games are fun because they include a simple yet engaging story and lots of action. The first Street Fighter film in 1994 manages to capture all of this quite well, where its reboot is more appearance and less (if not zero) substance. 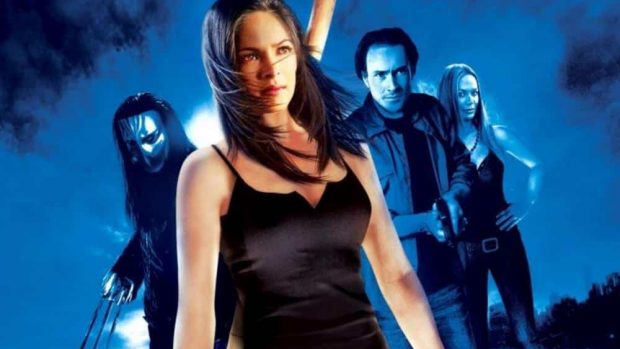 Perhaps the best application of his worthless dialogues and boring directing are the meme sui social media and compilations of some badly acted jokes on YouTube. Street Fighter: The Legend of Chun-Li grossed $ 12.8 million at the box office, failing even to match its $ 18 million budget.

Sequel to the decent adaptation that had grossed 10x its budget, the second iteration of the Mortal Kombat universe makes Mortal Kombat 3 – which constitutes his inspiration – a poor fellow just for being chosen. 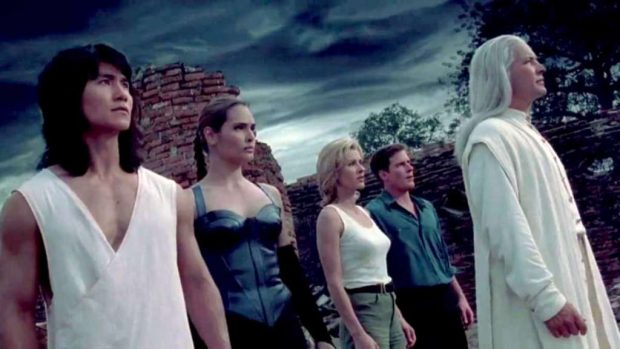 Over a period of 14 years and 6 films, the Resident Evil film series has been a staunch traitor to its source material. While it has some of the same horror action movie flavor, and that of a terrible film adaptation of a video game, it has absolutely nothing to do with the original game most of the time. The protagonist of the film is a character made up for the occasion that has never been seen in the games and subsequent films in the series try to cover it up. vaguely following the story, but without succeeding. 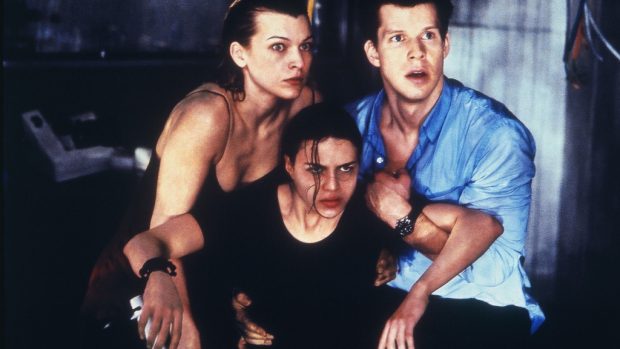 It seems that fans of the franchise were more than thrilled with the film adaptation since the first film was created with a budget of $ 33 million and took home $ 102.4 million. The latest Resident Evil movie was released in 2016 and grossed a total of $ 312.2 million worldwide – against a production budget of $ 40 million.

What have we learned so far? That bad adaptations don’t really use the source material, right? Correct. This is why there is no real correlation between the Dungeon Siege tale and this production by Uwe Boll. It is just his endless flow of ideas that contradict what movies are supposed to do – and what it’s capable of entertaining. It also kills the purpose of an adaptation, which should be true to the original. 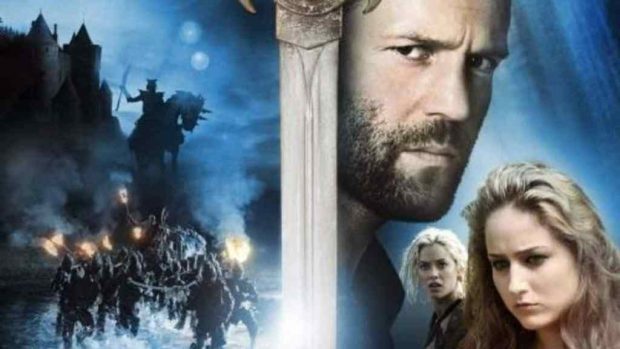 The story copied from The Lord of the Rings stars Jason Statham, Burt Reynolds, John Rhys-Davies, Ray Liotta and Ron Perlman in miserable roles. The numbers confirm everything we’ve said so far – with a production budget of $ 60 million, the film grossed just $ 13.1 million at the box office.

A game from the 90s that became even more famous thanks to its incredibly bad film adaptation. Of course, word got around after the movie was released in 1999, but certainly did not give prestige to the game. 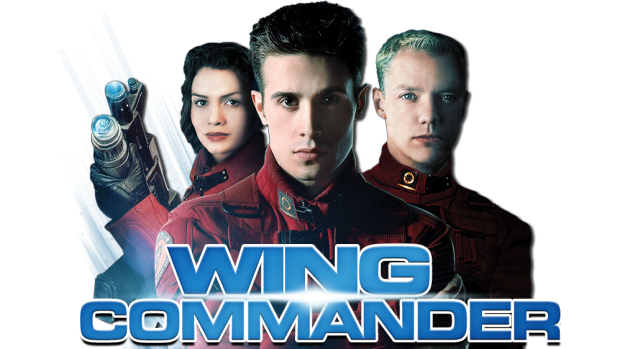 Wing Commander (1999) is a vague adaptation and too big a challenge with almost no originality even for a space battle film with Freddie Prinze Jr. and Matthew Lillard. The film’s performances were equally disappointing – with a budget of $ 30 million, Wing Commander grossed just $ 11.6 million at the box office.

The period prior to Uwe Boll’s rise saw Bob Hoskins and John Leguizamo become the hydraulic brothers with no Italian origins or degrees of kinship. What hurts, however, is the amount of color that comes from the TV when the film starts. Exactly, almost zero. 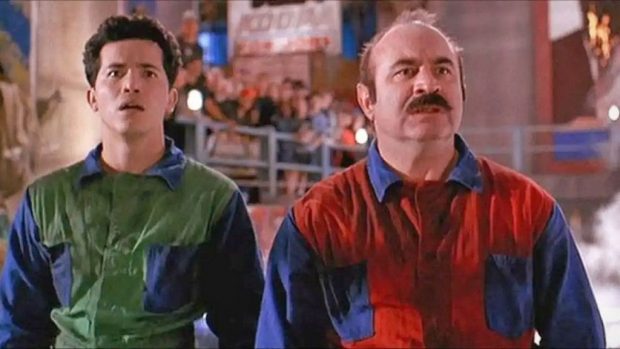 It has a gray color palette, aptly chosen for a film that had decided to launch its audience into a dystopian future where the conspiracy of the Koopas was successful and Bowser is played by Dennis Hopper. The film was also a fiasco financially – with a production budget of $ 48 million, it grossed just $ 38.9 million at the box office.

Ah, the early days of video game movies and the post-apocalyptic Los Angeles of 2007. Poor old men Scott Wolfe, Mark Dacascos and Alyssa Milano, who had to live without karate if possible. The history of the arcade series was left intact but was transformed into a slew of stupidity absolutely unwatchable that not even the worst cartoons have. 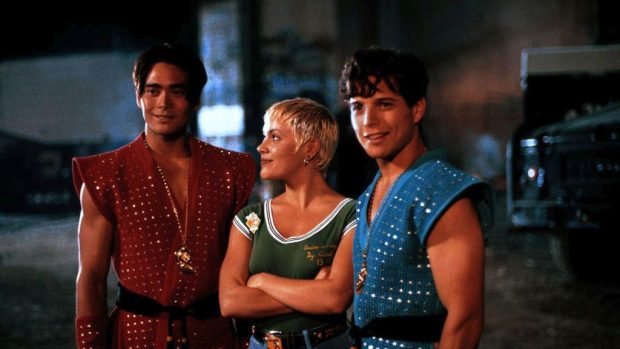 The half of an ancient talisman that the two brothers found at first should never have been sought after by villain Koga Shuko. If nothing else, the film was made with a tight budget – $ 7.8 million, so there were no surprises when he only grossed $ 4.2 million.

There are certainly some movies based on video games that have impressed fans. The list includes Hitman (2007), l’action-fantasy Warcraft: The Beginning (2016), Max Payne (2008), Lara Croft: Tomb Raider (2001) and so on.

Written by Plamena Katsarova for GLHF.

The 10 worst movies based on video games – eSports & Gaming