Interview with the art directors of Sledgehammer Games, the Activision studio that is working on the new CoD due out this week.

One step away from the launch of Call of Duty Vanguard, Gazzetta.it had the opportunity to chat with art director Joseph Salud and associate art director Sandy Lin-Chiang of Sledgehammer Games, the development studio that is working on the project. The next installment of the first-person shooter series will return in World War II, but with a novelty: this time, the developer behind Call of Duty WWII has mixed historical facts and fiction to ensure that his new video game offers a fresh approach to a setting. widely explored.

It was interesting to hear how Activision’s in-house team worked to maintain a good balance between these two very different souls, and how their coexistence influenced the label’s vision for its first next-gen game. From particle effects and destruction to textures, Sledgehammer explained that he “really pushed” PS5 hardware to the limit to offer impressive graphics, all while preserving the 60fps, one of the pillars of the franchise.

At the Call of Duty Vanguard unveiling this summer, you explained that you went beyond a Band of Brothers-style story seen in WWII to depict “a world at war”. How did this decision affect your work and, overall, the artistic direction?

Joseph Health: “What we did for Call of Duty WWII in 2017 was to take a more iconic story, more classic if you like – there was a lot of inspiration from the previous games. Returning to that game, the inspirations can be clearly identified. I think that with Vanguard, we have taken it to more modern territories: we have been inspired much more by newer and more contemporary products, and we have also been inspired by epic films of the past, the great classics. This really shaped how we approached art direction. Some of the things we wanted to do to make the game more contemporary include the composition, the color palette, the different biomes. We also tried to explore different types of characters. Our previous game was more about the European countryside, so we wanted to show the broader sense of warfare. We traveled to all the different fronts of the war, from the one in the East to the Pacific, passing through North Africa, just to grasp that diversity and that variety ”.

At this point, there was an inevitable question of what the cinematic inspirations were. Salud stopped and asked an Activision representative in the same room on Zoom if he could mention directly the cinematic references that had been important in the making of Call of Duty Vanguard. Activision’s PR stepped in and explained that it would have been preferable not to.

“What I can say is that looking at those epic classics, without specifying specific films, there are some set in North Africa, for example, and not necessarily in the Second World War but more or less in a similar time window. And they tell big, expansive stories that have visual aspects, specific ways in which they frame the landscape, the cinematography… these are the things we paid attention to ”.

Here, Salut was about to mention a few names again, but remembered he was told not to and we have started laughing. With good timing, his colleague Sandy Lin-Chiang stepped into the conversation and offered additional commentary on the same subject.

Sandy Lin-Chiang: “Since we wanted to give that expansive feeling and make the world seem bigger than it is, we looked at all kinds of films, the epic genre that Joseph talked about, but also modern films. We looked at how directors get those feelings from a cinematic point of view. We didn’t just look at films, though: we looked at painting, video games, any form of art from which we could take inspiration to try to convey ideas into our project. We didn’t limit ourselves to specific films, and not just to films: it was a matter of grasping all the inspirations we could find ”.

Call of Duty Vanguard offers multiple points of view, fronts and even gameplay experiences. Does the art direction change accordingly, and how did you make sure each perspective looked fresh and different?

JS: “There are so many different tools we have available in art direction that help keep things fresh. One of the things we have is the “color script” or “visual script”. Think of it as a menu: you go to a very nice restaurant and there are ten courses, and the staff tell you ‘what do you want to eat first? Oh, this is going to be very sweet, and then oh, we’ll bring you something to cleanse your palate and add a little surprise ‘, and stuff like that, in a way that the experience goes up and down, up and down. This is the same thing we do too. We look at all the locations we want to go to and think about the different times of the day, the color palettes and the color gradation. And we put all of this into a script, just as if it were music: we tried to play with it a bit along the campaign, so that the experience was always fresh and new ”.

SLC: “In addition, we also looked at the story arcs of the characters, because the campaign tells the stories of the characters, their transformation, and for this game we really wanted to focus on the characters who go from nobody to heroes. How did this transformation happen, what did they go through that made them become heroes in the end? How did they come together to become the Special forces, or the Vanguard, both as a group and as individuals with their own personal journeys, that we focus on at each level? We’re really touching these chords, how they feel, and that also has an influence on some art direction decisions and color palettes in the scenarios they move in. For example, Polina – we introduced her right at the beginning, she leaves in her hometown, in her bedroom, with her partner and her family, and then she witnesses the bombing of her own city. The entire city is destroyed and his journey includes the loss of his father. Then, going from being a person who did not use weapons to someone who takes one, she becomes the sniper pursued by every German. She was a target. Playing at Stalingrad for the second time, with different climatic conditions, there is a harsh winter. So, that has an impact on the color palette, which goes from being very pleasant in the beginning to something very dramatic that it is going through emotionally. In winter, Polina becomes almost calm, she simply tries to get her revenge, and this impacted some decisions when it came to defining the artistic direction of that moment ”.

The game takes a hybrid approach to the story, drawing inspiration from real World War II events but applying some original touches to make the story more attractive and approachable for gamers. What was it like finding the right balance between being true to the story and seeking that blockbuster streak players have come to expect from Call of Duty?

JS: “For both of our games set in World War II, we had and have a historian who has spent his entire life studying the history of World War II. I think for this game it was absolutely a really fun challenge to try and keep it as realistic as possible. And, at the same time, the story can be completely plausible even if it is fictional. These characters are based on people and types of people who actually existed, and the same goes for the circumstances in which they met. However, it is within the boundaries of plausibility and credibility. We did a lot of research to make sure that every creative decision we made was based on historical data ”.

SLC: “A lot of the game is story-based, and we also put in some fiction as the story goes on. In the end, we tried to stay true to the truth but, as we are trying a more modern approach, there are some aspects from our imaginations that attempt to make the story work and make sense of the world we have created: the heroes, the journey, the way they meet ”.

As a studio, are you positioning yourself as the team working on historic Call of Duty set in a more distant past? Is that a label you like, and do you feel it could guarantee your team to be the most unique in the Activision family of brands?

JS: “In generale, Sledgehammer as a studio – no matter what creative challenge we’re throwing ourselves into – try to do the best you can. So when we play historical games, we want to make sure they are as plausible and credible as possible. It’s all about research, tons of research. Going back to the epic films of the 60s and 70s, studying their creative process might seem colossal and even romantic in some ways, but they have a lot of research behind them. And that research is hugely important: they’re trying to tell a story that can connect with the viewer and be powerful. If we don’t do the same job, we can’t get that connection. The power and significance of the experience will not be equally strong. For us, as a studio, this is important: no matter what kind of experience we want to bring, we want to make sure it connects to our audience and is powerful. Any video game that doesn’t have all of this will not be as powerful as it could be ”.

The Call of Duty Vanguard videos that have been made public so far show that the game is really close to what gamers have come to expect from the new consoles. We know that power is nothing without control, and overall there has been a shortage of games that truly have a next-gen feel. How did you manage to achieve this in the campaign?

JS: “Yes, we have pushed a lot on this aspect. The process we have as a study is to push to the limit and sometimes even beyond. During the latter part of our development cycle, one thing we need to do is make sure the game runs at 60 frames per second – it’s one of the pillars of the series. And, at the same time, we pressed absolutely every button (laughs, editor’s note) possible on the PlayStation 5. I can confirm it, we pushed to the maximum ”. 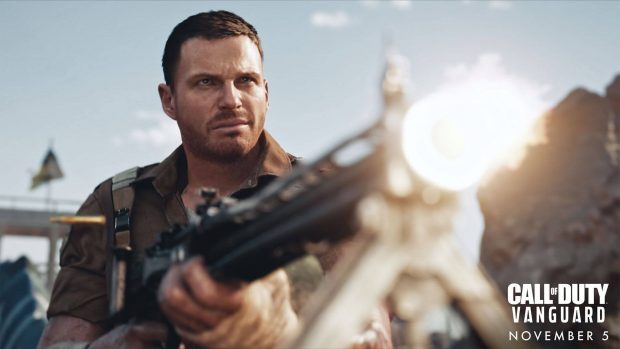 SLC: “I think doing something photorealistic has always been a strong point of our studio. It’s also something we constantly push on as a team and have done a lot of photogrammetry, studied our sky and really used it in one of our layers. As for the environments, we have enhanced the tessellation. We have the maximum texture density we could use, more layers, and particles – we have 10 times more, each time we have more particles to use. And destruction, it’s something we decided we wanted to use to make warfare feel more interactive. We have real-time physics, to warn credible reactions of surfaces to any impact caused by weapons. We wanted to create an even more realistic experience for the player ”.

Call of Duty Vanguard is out on November 5th per PC, PS4, PS5, Xbox One e Xbox Series X|S.

“From None to Heroes”: Call of Duty Vanguard World War II