A chore, but someone has to do it: here is the ranking, from the tenth to the first, of the best role-playing video games (RPG) ever made.

Which ones are they the best RPGs, the games that defined generations, changed the rules and remained in the collective memory for years after they finished them? RPGs are some of the biggest and most profound video games around – there are a lot of them and many of them are extremely good. This makes picking the top 10 ever made a chore and monumental but also a journey worth embarking on.

The only rule is that you cannot choose multiple games from the same series. If your favorite RPG isn’t on this list, it’s likely another game from the same franchise has stolen its place. Furthermore, personal preferences are not valid: obviously, these have a minimal influence on the selection, but the goal is to grasp cultural impact and general reception of the titles included. So buckle up and get ready to go – these are the 10 best RPGs of all time.

Fable allows other characters to call silly names, but it also has many other good reasons why it should be on this list. Even now, it’s completely different from any other RPG. Sure, you can choose to be a hero or a comic villain but, other than binary moral choices, it’s much more of a life simulator than it is an RPG, allowing you to buy property and get married between an adventure and the other. Your character ages and bears the scars of every battle on their body. Scars are said to grow, and in Fable they really do. The original developer Lionhead Studios has been closed for some time, but the series is about to return thanks to the recovery of the franchise of Playground Games, the English house known for Forza Horizon.

Most top-down RPGs are dark and serious, but Divinity: Original Sin 2 is frequently a hoot. You never know what weirdness you’re expecting, because it’s so unpredictable. The same goes for the gameplay – it’s a game that pays for experimentation. With a turn-based combat system, you are free to use the environment to your advantage. For example, you can summon rain before unleashing a storm that strikes anyone careless enough to put their feet in a puddle – allies included. Add online co-op for up to four players and here you will get an endlessly replayable RPG, and not just for the dialogue options. The party really makes a difference here and you can create the weirdest combinations you want. It’s deep and wide, without a doubt the closest thing to Dungeons & Dragons you’ll see in a video game.

Not everyone loves RPG isometrici, due to their visual which prompts you to have to reconstruct most of the graphics in your head for 120 hours straight. And you may not be in the mood to read the thousands of words in a description or dialogue. Enhanced Edition or not, there is something that still makes Baldur’s Gate II: Shadows of Amn heavy for more than one person. Yet here it is, 20 years after launch, still earning a spot on the list of the best RPGs ever. CRPG is enjoying a resurgence thanks to reboots and spiritual heirs on Kickstarter, but its inventiveness, excitement and exposure have never gotten over it. Jon Irenicus is an arrogant semi-deity who made school, Minsk and Boo are the henchmen whose cries you still hear echoing in your head. Quests take you from illusory circuses to prisons, through open hunts to sentient swords. All it asks in return is to read a little. 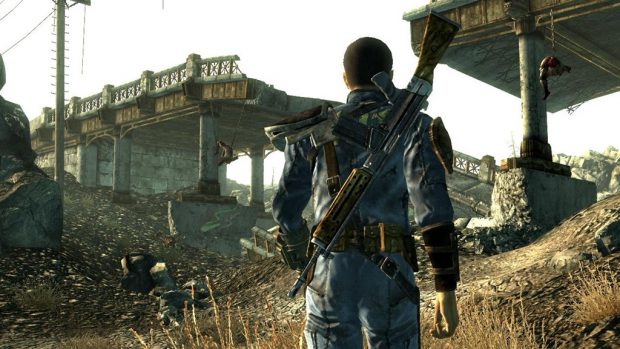 Fallout: New Vegas has a place in the hearts of all fans and in some fields it is superior to Fallout 3, but this game has started walking because New Vegas could run. Without Fallout 3, which reimagined the classic RPG series as an immersive sim hybrid, you never could have taken a bullet at that saloon. Sure, the main story is what it is – “yes, dad, we’ll help you get the water back as soon as we’re done farming deathclaw” – but the world is so rich and full of surprises that it doesn’t finish never really play with it. Stop of playing. Fallout 3 nuclearized the RPG rulebook, allowing you to explore everything you could see in its world and more. 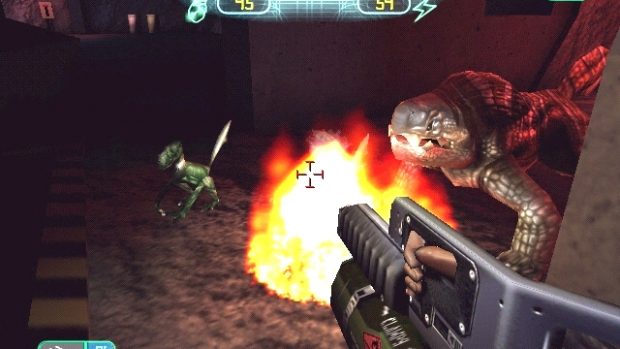 Since we are talking about games that have overturned the rules of the game, here is the father of all the titles that have done so. Deus Ex is a masterpiece that mixes different genres, combining stealth, action and RPG. None of these parts are exceptional, taken individually, but together they create something special. By modern standards, Deus Ex is clunky and dull, but he wants the player to be smart. Whether you are discovering that your pilot is an imposter because you have found a body hidden in a heliport room, or you are bypassing an alarm system by placing one box on top of another to jump over it and vault over a fence, Deus Ex gives you problems and any useful tool to solve them your way. The only limit is your imagination. 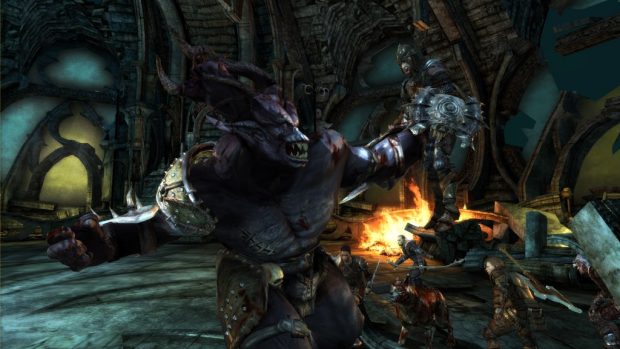 Objectively the best Dragon Age, Origins introduced a fantasy world with dragons, dwarves, elves, and orcs with another name, yet managed not to be derivative. If you think the other games in the series have been better, that’s okay, but Origins laid the foundation for its successors while presenting some of the moral and diverse choices of the best characters in the entire saga. Plus, it has more ramifications than any other Dragon Age and makes every decision you make have an impact on the ending. From who you recruit for your army to the origin story you pick in the beginning, this is an RPG where every choice really matters. 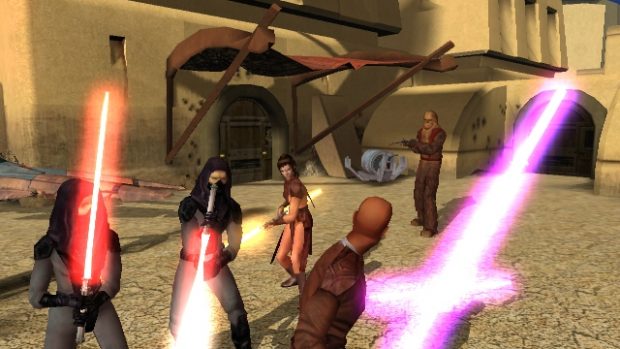 The best Star Wars video game is also one of the best RPGs of all time. The combat is a bit woody today, but the cast of characters, the places they visit, and the twists and turns of the story make it a classic worthy of the Star Wars name. Knights of the Old Republic does an amazing job of expanding the George Lucas universe in surprising and refreshing ways, and it’s also the only Star Wars game to portray well. the fascination of the dark side. It’s one of those rare RPGs that you have to finish twice to be able to say you’ve tried everything. It is no surprise that they are doing a remake. 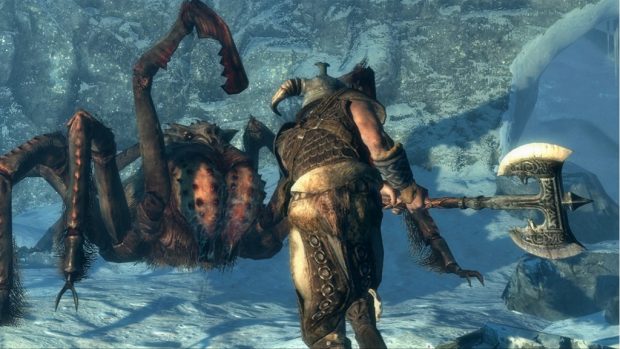 Speaking of remakes, here’s a game that has been repackaged and resold so many times that it’s become a meme. But there’s a reason behind Skyrim’s longevity: this is a title that people have been playing for ten years and still haven’t seen all it has to offer. It’s like playing many different types of RPGs in one, from stealth activities from the Thieves Guild to the arcane adventures of the Wizards. When you get tired of one way of playing, you are free to totally change and experience the game as a different kind of hero or villain. Skyrim offers almost limitless freedom in a world full of endless secrets. 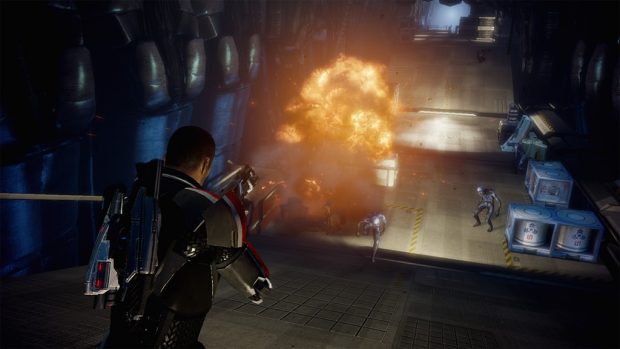 The debate over which Mass Effect is the best has been going on for years (it’s Mass Effect 2), but it’s not fair to lose sight of the point. Putting Mass Effect: Legendary Edition on this list would be like cheating, because this edition includes all three of the original chapters, but Mass Effect is an incredible series and you have to play them all. The first sequel, however, did everything right. Not only has it improved the overall quality, especially in the fighting and production values, bringing it to much higher standards than the progenitor; also introduced the best characters of the saga. Once you fell in love with it, it asked you to risking their lives on a suicide mission. It is a title that focuses on building bonds in a story with very high risks. Mass Effect 2 has managed to turn a walking adventure across an entire galaxy into a personal and intimate game. 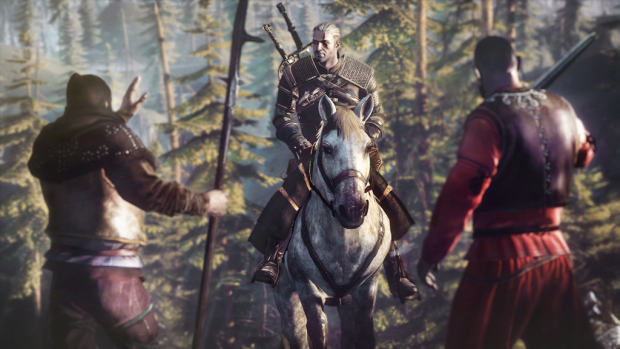 The Witcher 2 was an ok RPG, even a good one, but no one could have imagined that this would be what CD Projekt RED would do next. The Witcher 3’s open world is lived in, worn out like the pockmarked faces of its (extremely aware) NPCs. The main story centers on the Wild Hunt – a group of knights from another world – that threatens the planet, but the magic of The Witcher 3 lies in the most human moments, from the sad and dark history of the Bloody Baron to a family moment in the witcher fortress in Kaer Morhen. Geralt may be one of the few people in the world to have realized that humans are the real monsters, but it’s a message the game constantly reinforces, only to flip the script again with its two brilliant expansions. Expansions that, without a doubt, are better than the main title itself.