EL NUEVO DIARIO, SANTO DOMINGO.- The male representation of the Central area was crowned this Saturday champion of the first Field Hockey Cup Rafael Sosa Nolasco by defeating the team from the Metropolitan area in a penalty shoot-out, in the final of the event that took place on the field of the Parque del Este complex.

Regular time ended tied at one goal, in a very close match, full of alternatives.

The metropolitans had taken a 1-0 lead, with a goal from José Rafael López, but the Central zone managed to equalize the score with a goal scored by Jefry Monción.

The Most Valuable Player was Wilmer Moreno, belonging to the Central zone team. Photo Roberto Mateo.

The three goals scored by the Metropolitan area in the penalty shoot-out were the work of Argeny Cabrera, José Rafael López and Braulin Emiliano.

While the four goals that gave the crown to the Central zone were produced by Jefry Monción, Alexander Ozoria and the brothers Angelo and Blady Quezada.

With their triumph, the Central zone takes the gold medal, while the Metropolitan one wins the silver. The bronze medal went to the East zone that surpassed the North region.

The Most Valuable Player was Wilmer Moreno, belonging to the Central zone team.

Women’s tournament
The women’s event is scheduled for this Sunday with the participation of teams from the North, South, East, Metropolitan and Central regions respectively.

The event dedicated to the late Rafael Sosa Nolasco is organized by the Dominican Field Hockey Federation chaired by Miguel Hernández. The event’s technical director is Rafael Suero.

Prior to the games, a ceremony was held in which the president of the Dominican Olympic Committee, Antonio Acosta, took part, who praised the work carried out by the Field Hockey Federation to develop this discipline in the country.

Acosta also highlighted the work carried out by the late Sosa Nolasco in favor of the promotion and development of hockey in the Dominican Republic. 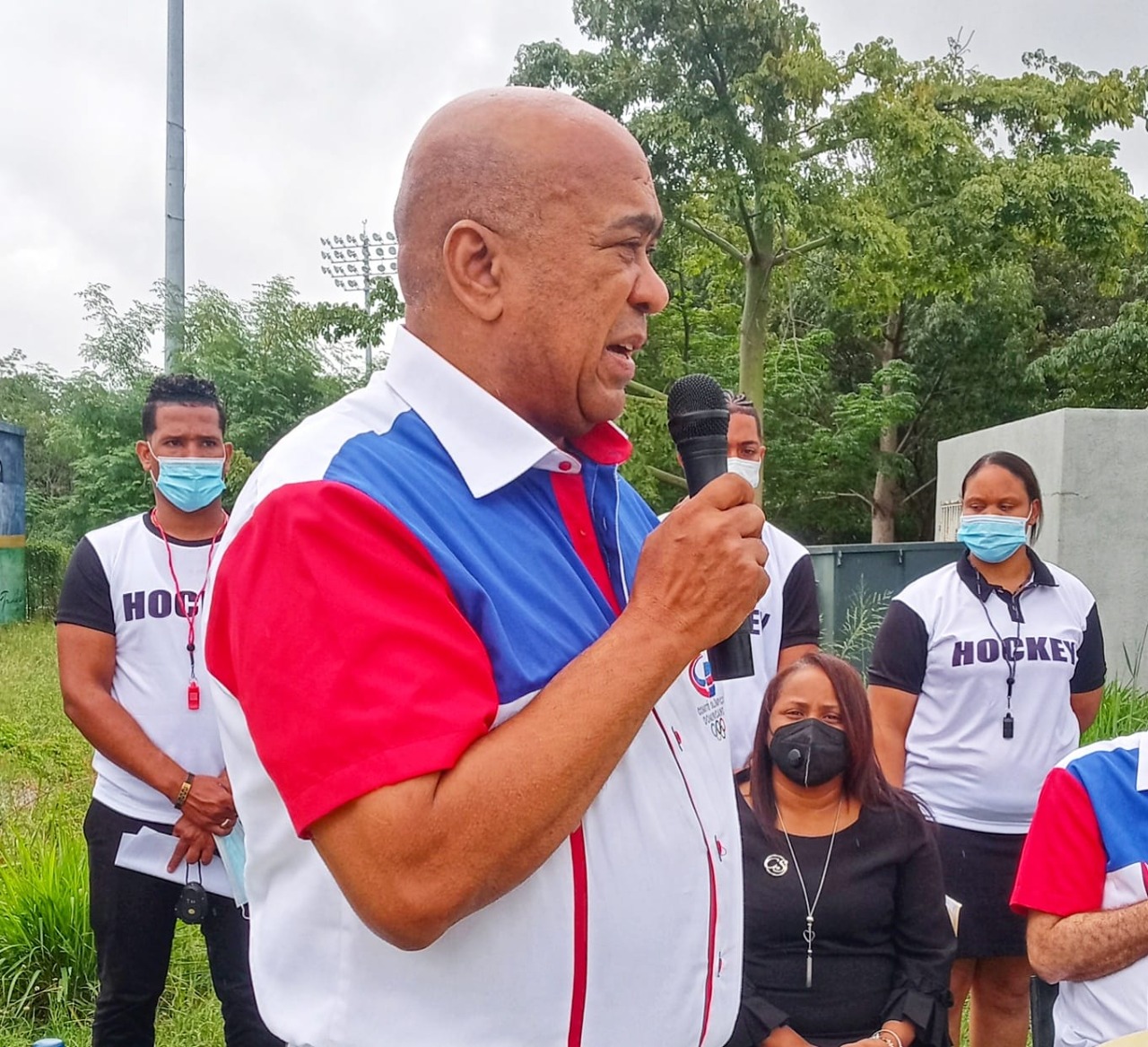 Miguel Hernández, president of the Dominican Federation of Field Hockey during the inauguration.

Miguel Hernández, president of the Dominican Field Hockey Federation, also spoke at the activity. He thanked the Ministry of Sports for its support and highlighted the effort made by that entity to advance the practice of hockey.

On his side, Kennedy Vargas, Vice Minister of Sports, appreciated the work of the hockey leadership to promote a non-traditional sport in the Dominican Republic.

Likewise, Carolin Sosa, daughter of the late Rafael Sosa Nolasco, thanked her father for the dedication of the tournament and recalled his efforts for this sport. She was accompanied by her sister Betzabet Sosa.

The sports oath was carried out by the athlete Jean Carlos Rodríguez, from the North zone.

The occasion was used by the Ministry of Sports to deliver props for the promotion and development of field hockey.

Kennedy Vargas and Rafael Pérez Jiménez, Director of School Sports of the Ministry of Sports, made the entry that was received by Miguel Hernández, president of the Dominican Federation of Field Hockey.

Later, the Ballet baton of the Our Lady of Altagracia polytechnic held an exhibition.