FUT Champions it has traditionally been the pinnacle of competitive play, but in FIFA 22 this is no longer the case. This naming is now up to the Rivals Elite Division, around which EA expects the best of the best of FIFA players to gather. But FUT Champions is still here, and this year has introduced a series of changes with mixed fortunes. The rewards are better (have you seen how you earn FUT Coins fast, by the way?), But only if you make it through the Playoffs phase. Here we will try our best to help you.

How does FUT Champions work in FIFA 22? –

FIFA 22 gives FUT Champions a structural reorganization. You still qualify via Rivals, but this only leads to the front door. A total of five out of nine matches must then be won in the new FUT Champions Playoffs. These games can be played at any time of the week. Once you pass the Playoffs, you unlock a ticket to the Finals to enter the new version of the Weekend League, now called the FUT Champions Finals. Up to 20 games can be played here between Friday at 09:00 and the same time on Monday. Rewards scale based on wins, but you get at least two of the famous FUT Champions red cards even if you lose all twenty matches.

Speaking of rewards, FUT Champions rewards can be claimed as soon as the round is completed. For the Playoffs, all nine must be played or managed to qualify. For the Finals, you need to finish the 20 games, otherwise they will be distributed automatically based on the degree to which it ends when the competition closes on Monday. The new system looks a bit messed up, but it’s not too complex. Basically, you will have to win five games to complete the Playoffs and the rewards in the Finals go up for every four additional wins, for up to 16. (It’s also worth noting that Rivals rewards are no longer earned when playing in FUT Champions.)

How to win the FUT Champions Playoffs –

If a FIFA-loving friend had just stepped off the Moon and asked us about the new FUT Champions, we’d tell him it’s a good news situation and a bad one. The good news is that FUT Champions now has Finals full of rewards, where the rewards for just participation are better than those obtained by most players in previous years. The bad news is that Playoffs can be a horrible experience if you approach them without the right care. There are two problems. The first is that the Playoffs can be accessed seven times per season in-game. This means that if you miss the five-win milestone too often, you could find yourself out of the FUT Champions Finals later in the season. A weekend without a Weekend League ?! Sadly, it will happen to some of us.

The second problem is matchmaking. As with the Finals, the Playoffs use “form”, so if you win a match, the system will put you together with someone who has already won a match. If you miss any, you will be in the same boat as someone who has lost one. Obviously, there is no reason why players with a “zero” form cannot be better than you and, as the Playoffs are based on a small number of games, any unfortunate mismatch is unlikely to be balanced out – which over the years previous, with 30 games, there was no risk. In addition, there are also players who falsify the form parameter by abandoning matches because they already have their wins, and the player pool itself is tougher on weekends or early in the week when only the best players are ready to retrain. .

It’s all a bit of a mess and EA may end up changing the system. In the meantime, however, the best thing to do is to be patient. Wait until later in the week when most players have logged in (having earned qualification points through the rewards of the Division Rivals, every Thursday) and the best players will have already qualified. This will lead to a larger pool of players with lower and more varied skills. You will also get free wins from players who have already earned their five wins. If you have trouble in the playoffs, don’t be discouraged: so many good players are having problems. It doesn’t take too long to earn more qualification points through Rivals, and we wouldn’t be surprised if the system changed soon.

How to win the FUT Champions Finals –

If you make it to the Finals, congratulations! You have already won! The new FIFA 22 reward tiers grant you two red FUT Champions players based on the current Team of the Week even if you lose all 20 games. For every four matches you win, you’ll get better packages, with TOTW Premium packages available for eight wins. (Just make sure you complete all 20 matches, because you still need to get the point for each defeat, as well as the four points for each win.) Of course, there are four meta strategies to use to maximize your chances. On offense, use low guided passes (the right dorsal plus the low pass) to play the ball straight to your attackers and try out-of-box shots when you can. In defense, you control the defensive midfielders (CDC) rather than your central defenders, who will position themselves accordingly. In custom tactics, tell the central defenders to “stay behind during the attack” and the CDCs to “cover the center” to minimize space for counterattacks. 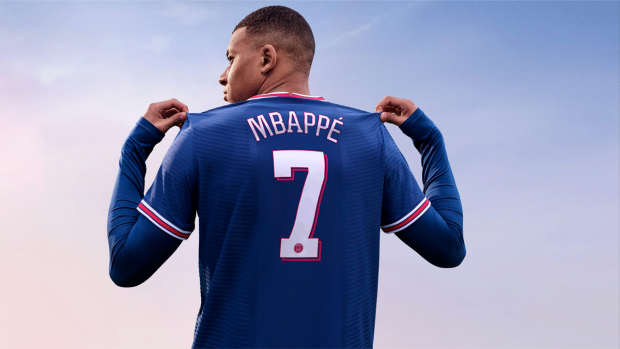 The biggest part of success in the FUT Champions Finals is your state of mind. If you miss a game, especially for something frustrating, take a little break, if only to take a break. By queuing up for the next game right away, you will still be playing with your previous opponent in your head. And don’t rage-quit, don’t quit games. If you do, your “form” will not be affected, so you will still encounter slightly stronger opponents than you should.

Finally, we recommend that you retouch two settings. During a game, go to Settings, then Game Settings. On the View tab, choose “Player Name and Gauge” for the HUD and “Player Name” under Player Gauge. This combination can be confusing but will allow you to see the name of each real player above their head. It is much easier to read the game when you know instantly that the ball has landed at your COC rather than your CDC. On the View tab, look for the setting for the frame focus at celebrations. Switch from the scoring team to the player controlled team, so that you no longer have to see the cheer of the scoring player who may want to make fun of you. Trust me: probably the best advice ever given for FIFA 22. Good luck out there!

Written by Tom Bramwell for GLHF

FIFA 22: how to win Playoffs and Finals on FUT Champions